DevOps for Agile Mainframe Legacy Maintenance: not an Oxymoron! 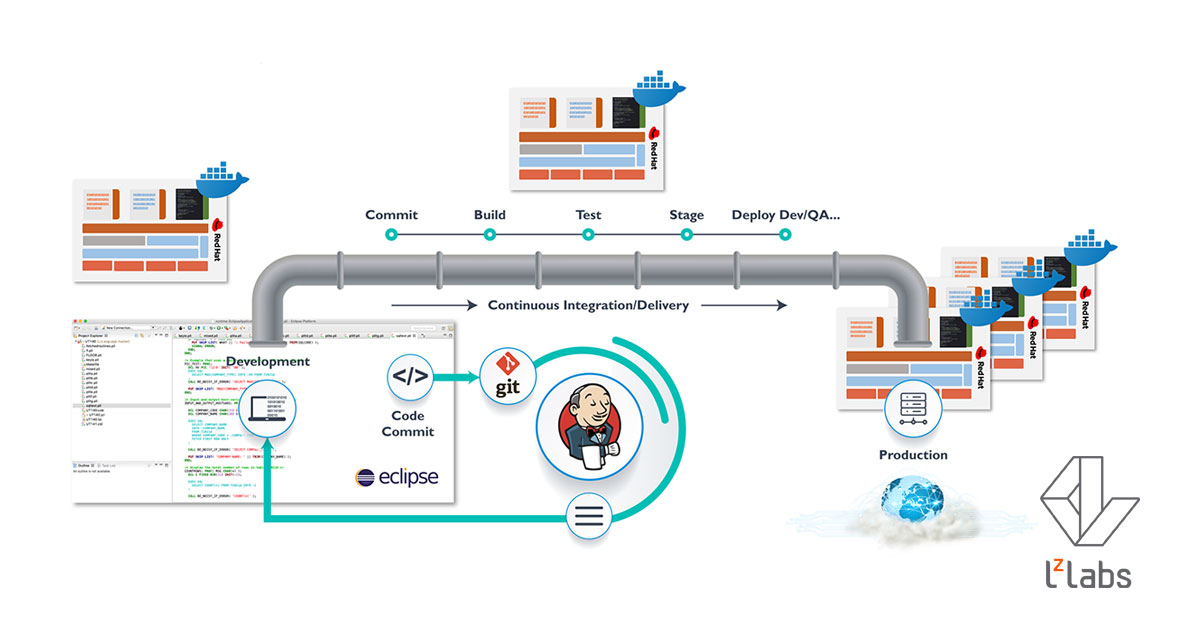 Recently, I heard: "DevOps was created to fix the issue caused by Agile". Even though, "issue" is probably not the right word, it is true that DevOps was born from the requirement for faster rollout of new software releases, as Agile in essence is all about faster time to market for new software.

Indeed, faster software upgrading is much more strategic than it seems, as "Software is eating the world"[1]. What would be the purpose of writing software much more quickly through Agile methodologies if the final stages of the delivery pipeline weren’t any faster?

This new velocity requirement brought about by wider adoption of Agile methodologies (Scrum, etc.) is becoming ubiquitous: according to Gartner, 50% of all current development projects are currently run in DevOps mode, and 90% of IT organizations are using this methodology at a large scale or are experimenting with it. 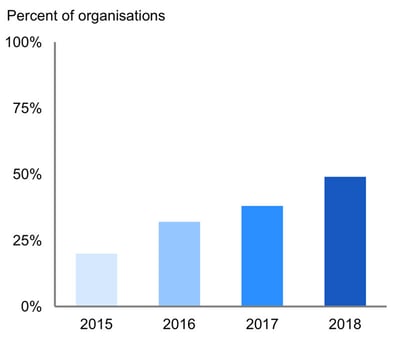 Many applications are multi-tiered: more than often not there is a back-end server, a gatekeeper of the "system of records", involved in these applications. Here, the application cannot be more agile than the slowest of its tiers. This means that "Agile" initiatives cannot be truly successful if one of the tiers is not moving fast enough, or its constraints negatively impact the other tiers.

A triple pain for Agile is likely to be present in many mainframe shops:

"Utopia!"" you say? "No, reality!"". Take a careful look at the image below to get all details about the development environment that could be opened to your legacy applications, thanks to the LzLabs Software Defined Mainframe® (SDM):

Additionally, LzLabs provides the tools and reference architecture to easily remap the mainframe maintenance process to this Agile DevOps environment. We want to help our customers reach this stage of higher productivity as quickly as possible:

With this containerized architecture, having a virtualized and independent mainframe environment – and even several – per person is just business-as-usual thanks to SDM. Isn’t that a quantum leap in efficiency and convenience when compared to a "physical" mainframe environment?

To keep our "feet on the ground", all this is a reality for LzLabs' Development and QA teams on a daily basis. As we like to "eat our own dog food[4], we run hundreds of thousands of tests weekly through our Global Test Harness[5] (GTH), 100% automatically, based on this containerized architecture. Each new piece of code that we push into Git toward the next release of SDM is run against a vast myriad of such Docker containers, each representing a different testing context to ensure the continuous quality of our product. In fact, we raise the bar constantly: one of the top priorities of the QA team is to add more containers to GTH, reflecting more use/test cases encountered by customers. And from a resource standpoint, this is almost cost-free: all tests run day and night, as Docker containers on a growing cluster of standard servers. This is all thanks to the efficiency of x86 and Linux/OSS economics!

If you want this efficient maintenance and testing context to become your own, just get in touch with us today: we’ll be happy to discuss its implementation on your premises with your teams!

The SDM solution goes beyond the rehosting of the production platform: it encompasses the implementation of a development and maintenance environment that allows identical Agile/DevOps processes to be applied to legacy applications.

As we demonstrated above, many mission-critical applications have a mainframe side on their back-ends. The application of most modern Agile methods would be pointless if they applied only to the modern half of those assets: LzLabs SDM®, associated with technologies like Docker, allows the best practices to become ubiquitous and deliver all of their value!

White Paper: The Evolution of Mainframe Transactional Processing Through Containerization & the Cloud

Read our whitepaper to understand how to: