The Impact of Cloud Computing on the Mainframe 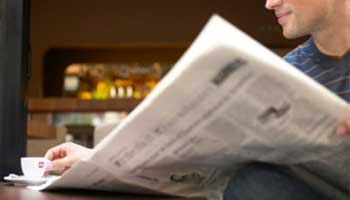 In a recent post by Robert Cringely, “The Cloud Computing Tidal Wave” (http://www.cringely.com/2017/05/04/cloud-computing-tidal-wave/ ) he suggested that cloud computing was going to have as big an effect on many companies as the Internet did, starting back in 1995. His article played off the famous Bill Gates memo “The Internet Tidal Wave”, in which Mr. Gates woke up Microsoft to the importance of this technology to the future of his company. The article suggested “

“First among the losers in cloud computing are the venerable mainframes that survive today mainly because Big Business still relies on a lot of old COBOL code — code too big to be comfortable on a PC or even a minicomputer. But the cloud scales infinitely and COBOL is heading there and it can only hurt mainframe computer makers.”

The comments in response to this article ranged from “You’re right”, “You’re wrong” or “You’re an idiot”. Your point of view may be a function of when you were born! Many Baby Boomers, born between 1946 and 1964 grew up on this platform. For them, it’s the greatest technology ever invented and all this x86, ARM and cloud stuff will NEVER be able to replace it. They will maintain this point of view right up until they retire within the next 5-7 years. Then what? The challenges of this platform, and therefore the threat posed by cloud deployment options are NOT a function of the hardware or software, that is arguably unique to this environment. Uniqueness doesn’t make it BAD! It just means you’re either IN the camp,,,,,or you’re OUT! And unfortunately for the mainframe crowd the workforce has become more out than in.

The “mainframe” is a loaded word. It can mean the hardware, the software, the languages or even the database management systems that have been used on this platform for decades. In addition to these technologies, there’s also the operational disciplines that have been honed over the years to protect such a critical resource from failure. This reliability and availability was not only built into the system software by the vendors, but also drove application development and deployment tactics. I used to joke there is a reason there is no “Alt-CTL-Delete” button on a mainframe! Reboot is NOT a debug strategy in this world. So when an organization says they are going to “get off the mainframe” they need to consider MORE than just whether x86 provides enough horsepower to run the workload.

As mentioned earlier, since this platform has become dominated by a single vendor, with no PCM alternatives anymore an organization becomes dependent on this one company. Sure, IBM is arguably the longest standing and most successful computing company of the last 50-60 years, and they continue to invest in the hardware and software that runs this platform, but they are the only game in town. They should know since they cajoled all the competitors out of the market through their technical innovation and marketing practices during the 1990s. So if IBM wants to lower the price they can. If IBM wants to raise the price they can. Mainframes organizations that aren’t paying attention to asset management can find themselves paying monopoly rents! Who wants to be in that mess? Yes, IBM hardware prices have come down, but the software business remains a multi-billion-dollar business for them and the few mainframe independent software vendors (ISVs) that remain.

The mainframe disciples are quick to point out the computing requirements, transactions requirements or reliability requirements for the top 100 mainframe organizations in the world and suggest it’s ludicrous to suggest they could move that workload to the cloud. Let’s leave that argument aside for now What these points miss is that 90% of the existing mainframe install base does NOT run that many transactions. They DO NOT require 99.999% availability. They DO NOT have the same security or encryption requirements these large, mostly financial services firms have. So what about them? Can they move 2,000 MIPS of mainframe workload to the cloud? Can they move a few hundred gigabytes of mainframe data to Oracle, SQL Server or PostGresSQL? Can they NOT provide application capability in Java, C# or the myriad of other distributing computing languages? The answer is “of course they can!” I have been in the mainframe world for 40 years and spent the last 18 years as the leading Gartner analyst covering this platform. I spoke to more mainframe clients, all over the world, than any other analyst. These guys WANT to get off the mainframe! They WANT to move to modern, agile, innovative, lower cost x86 and cloud environments. Sure, you can debate that 150,000 MIPS of mainframe workload costs less to run on that platform that a bunch of x86 servers. Again, let’s leave THAT argument aside for now. What about the rest? My research position at Gartner was never, “The mainframe is dead!”, but rather that mainframe will get increasingly marginalized to the high-end of the install base. We can debate where the line is, but there IS a line!

Consequently, many mainframe shops are considering to moving off this proprietary, single-vendor platform to commodity x86 environments. The last several years of my time at Gartner these conversations often turned to “What about the cloud?”. If one really understands, not only the technical investment being made to operate cloud deployment environments, but also the financial investment, the money spent by IBM on the mainframe pales in comparison. Can all these computer science graduates and financial MBAs be wrong? Are they all stupid? You would be hard pressed to name any company that has started over the last 20 years that built their IT infrastructure on the mainframe! The number of IBM mainframe shops has declined from a high of 30,000 – 40,000 customers to closer to 3,000! Have these companies made an existential mistake??

The question of whether organizations move off the mainframe is not one of technical superiority, one way or the other. The question is whether than can justify the cost and risk to move! Saying that all these global financial transactions run on a mainframe does NOT say they can’t run somewhere else. It ONLY says that’s the platform that was king when these financial institutions built these systems! Wasn’t the wrong choice back then, but you won’t find a bank or insurance company started in the last 20 years that built their core banking or property/casualty systems on the same environment. The question is, “If they had it to do all over again, right now, would they still build on a mainframe?” Another way to ask the question is “If they could get off for free with no risk, would they do it?” I know, I know,,,the argument is “But there IS cost” and “There IS risk”. Two responses to that: First, yes, there is risk, but there ARE ways to minimize it and, second, do you think that running on 30-40 year old code that represents business models of decades past is without risk?

The other side of the Baby Boomer coin is that Gen X, Gen Y and Millenials are NOT just younger Baby Boomers. They think different, they act different and they WANT different. Criticize if you like, but this demographic shift and the changes that it brings are inevitable. Ignore at your peril. Or then again, just ignore them until you retire and leave them for the next poor soul to deal with! So aside from the challenges of so many mainframe skills leaving the workforce with the retiring Boomers, we have dramatically different expectations from the younger generations who will be banking customers, insurance buyers and retail shoppers. Your computing systems need to meet their needs, not the needs of their parents and grandparents!

It is certainly true that all these mainframe systems, written in COBOL, PL/1 and a bunch of other stray cats and dogs languages over the last 50 years could be modernized. But they haven’t been, and many mainframe shops are reluctant to take the risks associated with such massive reconstruction. The argument of many mainframers is that there is nothing wrong with COBOL, it’s NOT a hard language to learn and younger developers could easily pick it up and fix the “skills problem”. OK, have they? You want to bet your retirement that someone, even IBM, can make that happen? It’s not about whether COBOL is better than Java or C# or vice versa. The workforce has made its choice. The salvation of the mainframe requires someone to turn that around. If it took a decade for the workforce to switch from the mainframe to these distributed languages, do you think it would take a shorter timeframe to move back? So all these existing mainframe applications can last another decade while we regrow the workforce? And that’s just for the programmers! What about the systems staff that knows z/OS, CICS, IMS, VSAM and the myriad of other mainframe technologies IBM has created over the decades? We going to train enough of those too? You want to trade your 30-year veteran with a kid right out of school? Probably not if you are one of the top 100 mainframe shops in the galaxy!

So what’s an organization to do? Learn how to leverage the technical and financial investment in cloud deployment options or try and regrow a workforce on a 50 year old technology? The risks of staying on this strong mainframe platform are NOT zero! This is why I took so many inquiries from mainframe shops about moving “some” of their workload off the mainframe. Maybe it was a proof-of-concept to see if it would work? Maybe they wanted to save money? Maybe they wanted to free up MIPS to use for more critical workload? Whatever the reason, organizations have been and will continue to move workload. At what point it all moves is a fair debate, but who would like to predict a turn-around in this trend? The number of mainframe shops that sing the classic rock song by The Clash, entitled “Should I Stay or Should I Go?” continues! If Mr. Cringely is correct, the Cloud may be the push to go. This is NOT about whether IBM is bad or the mainframe technology is no good. Or even that x86, Java, C#, PostGresSQL is better. The market drivers we have discussed are NOT really technical. If you want to rebut the mainframe migration mind set, answer those questions! Ad hominem attacks on the messenger don’t really cut it. Might make you feel better until you retire, but won’t change the future.